The 2019 pay pot is 2.6% compared to the current rate of inflation of 3.2%. On the Group’s own figures that means the vast majority of staff will yet again get pay increases less than the cost of living. That at a time when the Group posted a statutory profit after tax in Q3 last year of £3,664 million up 18 per cent on the first nine months of 2017. So, an 18% increase in profits results in a 0.1% increase in the size of the pay pot. Does that seem fair?

Santander had a relatively bad year compared to Lloyds but their staff got a bigger pay pot and an extra day’s leave to be taken in 2019.

Pay stagnation, which is permanently built into the Group’s pay system, is set to continue for another 12 months as a result of the latest agreement with the in-house staff bodies – Accord and Unite.

The Bank’s pay proposals are as follows: 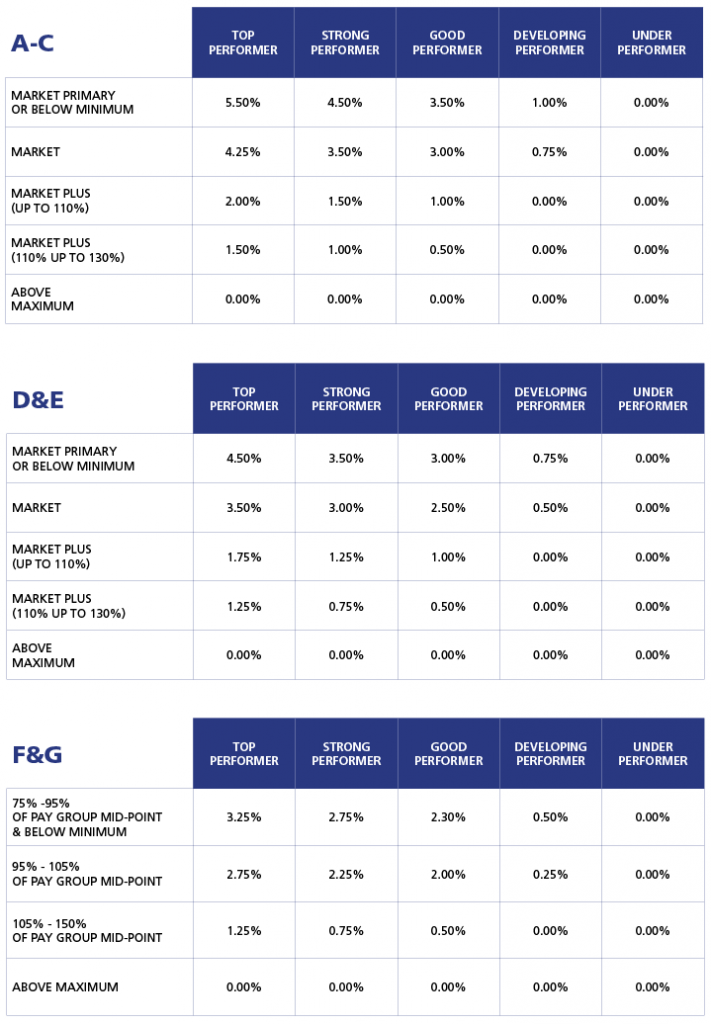 Staff in grades A to C in the ‘Market’ zone will get an increase of 3%, compared to inflation of 3.2%. Those staff in grades A-C with a ‘Good’ performance rating, who are lower in their pay range, will progress at a snail’s pace towards the mid-point once you take into account the market movement increase of 2%. In fact, they will move by just 1% this year. We’ve said repeatedly that the Bank should commit to moving staff in grades A-C to the mid-point in an agreed timescale. Santander have introduced such an approach which means that staff in their lowest graded jobs will get to the mid-point (100% point) of their salary scales in 12 months rather than 3 years. In Lloyds Banking Group it’s more likely to be up to 5 years to get paid the rate for the job depending on performance rating.

Only progression based on time in role can tackle low pay but the Bank refuses to do it because they know it will cost it more money. Accord and Unite refuse to ask for it because it will mean fighting for staff and that just sounds like too much hard work.

The two staff bodies have said that if the pay proposals are accepted, which they are recommending to their members, then the Bank will undertake a joint review of the work carried out by grades A and B staff and the withdrawal of the concessionary mortgage scheme, which was announced late last year, will be postponed, wait for it, by 6 months.

The Bank, who don’t even mention the concessionary mortgage proposal in their communication, and the two staff bodies are trying to blackmail staff into accepting rubbish pay deal. The grading issue can be dealt with through equal pay legislation or through a group grievance. In any event, there is no guarantee that the Bank will accept the outcome from any review anyway. The Bank’s withdrawal of the concessionary mortgage scheme was about saving money and extending it for 6 months is a drop in the ocean compared to what it will be saving by getting rid of it. That Accord and Unite would seriously contemplate accepting the withdrawal of such an important benefit, for the sake of a 2.5% pay pot, tells staff all they need to know about the priorities of those two organisations. It seems that trying to curry favour with the Bank is the sole reason that Accord and Unite exist.

In our next Newsletter we will provide more analysis of the Bank’s pay proposals and deal with the issue of reward going forward. How will pay be determined with no performance ratings? In the meantime, members with any questions can contact the Union’s Advice Team on 01234 262868 Choose Option 1.